First off, thanks so much for having me play at your upcoming party. It feels like a real milestone to be playing with you at the White Hotel. To top it off, UVB & Scalameriya have made some of my favourite techno records, so I really couldn’t be more excited. Here are some tracks I have been enjoying recently. My tastes have definitely moved towards a tougher, noisier sound in recent years and this selection reflects that. I still like to pack a wide variety of records and music…but if the stars align, this is the sort of grit that I love to play!

I am aware that some of this music can polarise people with its intensity or aggression, I have learnt that the hard way! But for me, more and more people are listening to electronic music (warts and all) at home, at work, in a cafe, everywhere. We are surrounded by it more than we ever have been. That makes me more keen to find and play music that is very impactful in the club and is somewhat separate from such “home listening” experiences, not stuff that will wash over people and sound like other bits they are hearing at pre-drinks or at the afters or wherever. I can still appreciate gentler more subtle sounds, but I personally want to work up a bit of a frenzy and for it to be quite deranged, driving and even a bit twisted, yet danceable and fun at the same time. I am also determined at building anticipation and euphoria through ways and means other than endless drops. The challenge to bring joy and a degree of hypnosis through such sounds is one I am really revelling in and one I will aim to do at the upcoming Meat Free! I am still out clubbing as much as possible, albeit often sober, to remember what it is like to actually dance all night so that I can then channel that “ravers muscle memory” into my selections and programming. 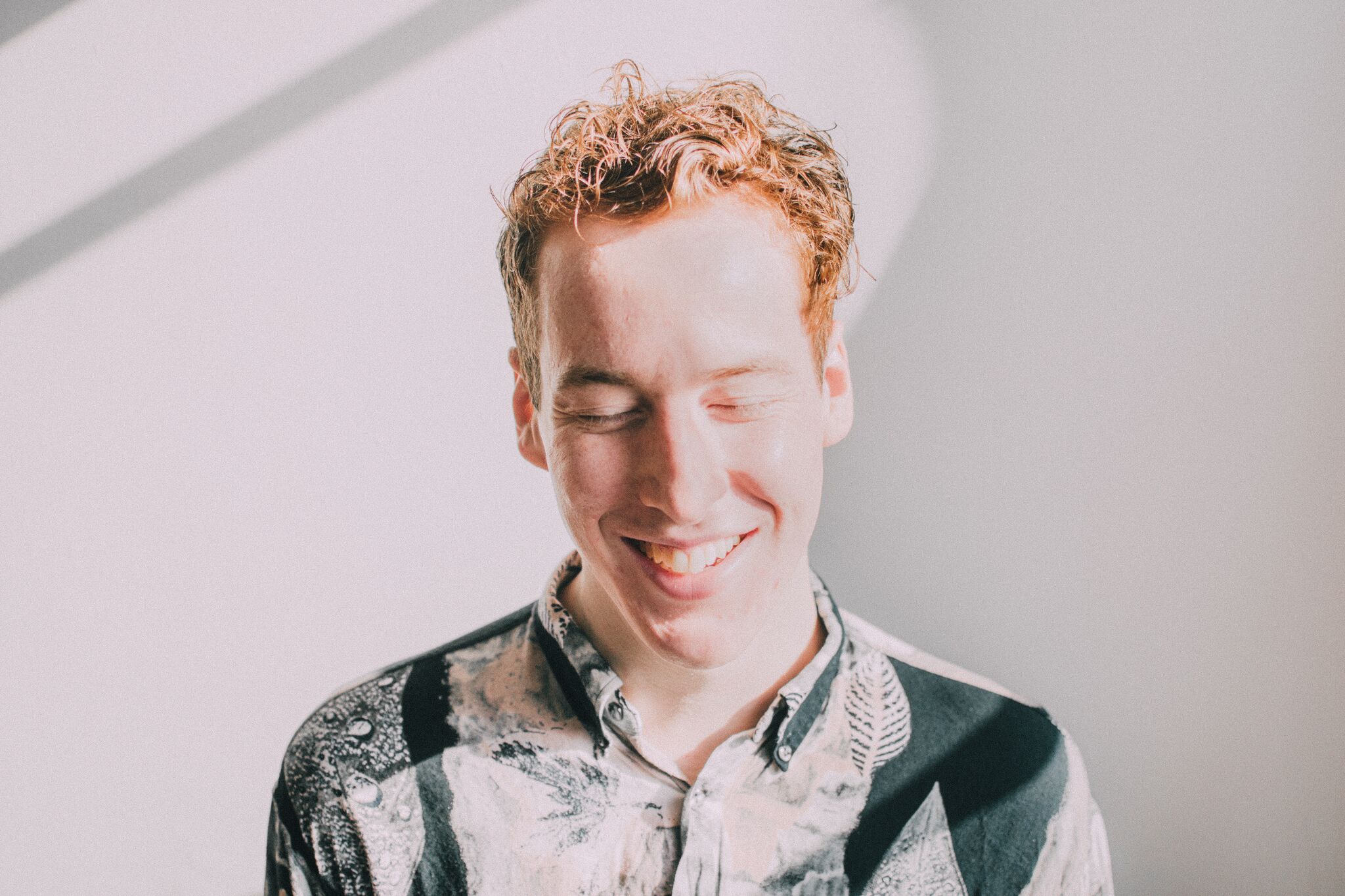 LONG LIVE GIANT SWAN. Anything from these two heroes could be in here. I play a lot of Giant Swan in my sets, especially when I was playing in Seoul and Hanoi and across the rest of Asia and Australia a few months ago. Getting the opportunity to play that bit later in the proceedings meant that Giant Swan could rear their beautiful head in all their madness. For me, they are making some of the most exciting stuff out there at the moment. While obviously taking inspiration from many genres, they have honed their own very distinctive sound. They harness such noise and power while remaining super danceable with very intricate drum programming. Their live shows look wild, proper tops off, screaming, wrap microphone cables around your body, punk attitude. I have tried to channel a bit of their energy into my own early productions I am busy with alongside my best mate Fraser (Noissi.Me), I think we need to shave our heads and get a few more tattoos though before we can do them justice.

This is the sort of belting acid track I would love to be able to produce. Two of my best friends showed me this track within a fortnight of each other. It is so great that they both deserve a shout out. Richard Finch is actually just about to launch his own queer party in Newcastle called “Push Back”, with Michael from Love Muscle joining him on Feb 9th for the first party. Fraser is about to release some music under the alias Noissi.Me, he is my best friend and has been making music for years but showing only me and a handful of others. The world needs to hear his sounds and I could not be more proud of him!

A bit of a scary one from the Lebendig crew. These two artists recently played Jaded & a trusted friend told me they totally blew minds. This track suits the real witching hour, where the relentlessness of the music just doesn’t let up. Lebendig also just released a record by Tham from the Synoid crew over at the incredible Griessmuehle, which is another great record. I am actually due to play for Synoid later this year as a Berlin debut…my fiancé Hester challenged me to get a gig in Berlin before we were allowed to return. It has now been two years without going back, so I am really happy with this party on the horizon, especially at Griessmuehle, a club I know from close raving friends is a real spot for a solid stomp! The last time we were in Berlin Hester & I actually got engaged and this time we have a whole crew coming out for the party with us, so it should be amazing, if a bit nerve racking. “Couples that rave together, stay together” and all that proving its worth as a sentiment! I will be joined in Silo by Car H, we have it for 8 hours and the party goes on for 3 days, so plenty time to lose (& hopefully rediscover) our minds together.

The master of distorted mayhem! I first started playing JK Flesh’s slower bits, which really churn and roll through you, but pack a lot of power. Then his “Wasplike” release turned my head to a more dance floor orientated side of his productions. His latest album, from which this track comes, was really special. This track in particular is perhaps the most mind-bending, the sort where you look around and wonder “What the f*** is going on!”. I have never heard it played out before, so I am hoping there could be space to change that on Friday when playing with you.

Denise is a recent discovery for me. Her output on her self titled label has all been staggeringly brilliant. She manages to fuse these sort of ambient soundscapes, almost in the vein of Jon Hopkins, but then with very tough and driving drums underneath…it creates a very gripping and quite singular juxtaposition. The remix by Orphyx is also great.

Surgeon’s live show and DJ set at successive Freerotation Festival’s really helped with this hardening of my tastes I mentioned earlier. This track from his latest album is a bit more forgiving than some of his others. It has this high melodic line that gifts it a transcendency that can be very important after a barrage of techno. His latest album, which had his own face on the front, was meant to be a more personal musical collection. I think this track shows that to be the case. He is coming to play for my Skew-Whiff collaborative series of parties I am doing with Ape-X at Cosmic Ballroom in March, I am playing right before him 12-2. That will be the first time we haven’t booked another outside guest for that slot so I am feeling incredibly honoured to get a chance to go in a little further than I have otherwise been able to in my hometown and home club.

Scalameriya – Let My Flesh Be your Sacrament (Perc Trax)

Again, anything from this tour de force of techno straight out of Serbia would be in this list. It was his Hellzone Megapunk EP from last year that introduced him to me. Since then, I have a majority of anything he has ever made! It is definitely one of those cases where “not playing the headline artists music before them” is difficult as I have played his music in almost every set in recent months. His combination of hard hitting yet exquisitely and nimbly programmed drums with a sense of “fun”, for want of a better word, make his music really stand out. It carries a groove and swagger that I look high and low for. Thank you Scalameriya for the music and thank you Meat Free for having him play your party, right after my lucky self.

UVB – I Will Always Hate You (Monnom Black)

Another artist where me not playing their music at your party will be difficult, is UVB. His album is sensational and this track on the Monnom Black compilation was my favourite of the lot (and that was at storming collection!). Again, he manages to build such groove into his tracks and in conjunction with the basslines he can write, makes him a lethal producer. I gather his set for you last time he played was legendary and I cannot wait to see him play. The skill of stitching such high intensity tracks together is something I have worked hard at for some time, especially since having the fortune of playing before Dax J and seeing his mixing up close. He is so fast, precise and powerful, really effectively building a wall of sound. I know UVB will be just as brilliant and again, I am honoured to be joining him.

Some Mancunian based wizards of the real dark arts releasing their Closing Trax…”the result of collecting tracks recorded live or made especially for closing down some really special events like (Awakenings / BASIS / By the Creek to name a few) throughout the years…Pure raw recordings from the night which are capturing the crazy atmosphere and the vibe of the night and most important the sound that all of you loved!” (AnD Bandcamp). I have read that they take apart and rebuild their live setup regularly to see what new sounds they can make. I feel that translates in their music, because even though it is all in line with their “go hard or go home” tagline, they are clearly always innovating and mining for sounds to batter us all with. I could have picked any to be honest, but this one has seen me really flail my arms maximally about while practicing in my pants at home, so we will go with it.

I, like many other people I know, look to Donato and Spazio Disponibile as the top tier of the deeper, trippy sounds. This whole record is great and demonstrates the broad scope they manage to achieve with the label. I know his Alternate Cuts set for yourselves showed every facet of his game, this track is up at 160 and has an almost Mills style drumming while maintaining the supernatural, hypnotic quality we love. I have been looking for music at a higher tempo but not necessarily a higher intensity, it can be useful when bridging the gap between different speeds, which is something I am working at doing more of. I have had the good fortune of playing on the same bill as Batu at the Rural afterparty in Contact Tokyo, that was a real lesson in dynamic mixing and tempo-shifts. Also playing before Objekt earlier in the year is always a great opportunity to learn, TJ is super helpful and never minds me picking his brains!

“Punk/Industrial/Scum electronica” from Rich Oddie (Orphx) and Dave Foster (Huren/Teste). This whole EP pushes a vocal laden journey down into the acid sewer. It is absolute gutter filth of the highest order! I love it and this particular slow burner is especially impressive with what it achieves as it growls along at 100bpm or so. The cries of misery on the track I also enjoy, vocals can be either weird or entertaining and I will enjoy them. Anything too formulaic or “trying to be too sexy with my breathy whisper” approach wears a bit thin for me after a while. I like juxtaposing the dark dreary cries with a wacking wide grin of my own while playing it, as I tell people who don’t follow techno, the music may be dark and punishing but many of us are happy as the enigmatic Larry when dancing to it!

Enjoyed this? Give Dr Joseph a follow on Soundcloud!