The daddy of techno, playing for Meat Free on Friday, October 2nd, alongside DJ Bone and Fred P. Book your ticket now! For someone who is held in such high esteem, you seem incredibly grounded. Not only through how accessible you make yourself on social media but most noticeably through your commitment to pushing new music through your new radio show Run it Red – which is an incredible platform for any aspiring producer to appear on. What was the catalyst for creating the Run it Red concept, and why is it important to you?

I’ve just always really wanted to do a radio show that solely showcases new music, like the kinda shows I grew up listening to. Obviously things have swung more toward podcasts or guest mixes, recordings of club sets etc these days, more about self promotion really, which is fair enough, I do that too but a good radio show should be about the music that’s out there; the artists, the labels and not just the DJ. More of an introduction to music you might not have heard before.

I know how important it was to have my music first played on the radio when I started out and, in many ways, it was more important than it was to hear it in clubs so I try to listen to everything I get sent and open communication with new artists.

Obviously, I play lots of stuff by very established people too so it’s not just about pushing the new generation but it is 100% about new music and I just go to the studio armed with my picks from the past 4 weeks of promos, demos and purchases and cram as much as possible into 3 hours.

Promoting has its up and downs, what motivates you to keep doing it with Machine?

Promoting is pretty addictive. I think that once you’ve done it it’s very hard to totally quit. There was a point after running ‘Retro-Vert’ parties, ‘Split’ nights and being involved in ‘Balance’ since the early 2000’s that I’d kinda had enough and was happy to go back to just turning up at London clubs with my music and letting other people deal with the other side of things.
Kirk came up with the idea of Machine, the concept of solely new music and had even found a promoter to help run it so he made it pretty difficult for me to say no, to be honest. We started pretty small with a 250 capacity venue in North London with Luke Slater guesting and last weekend (4.5 years later) we hosted our first stage at Draaimolen festival in Holland – 3000+ people with Surgeon (Live), Sigha and Luke so we’ve come along way and it’s been hard work but we both genuinely love the nights and are really enjoying working with various promoters in different countries to put on Machine nights. Obviously we still do our London parties – we’ve taken over room 2 at Fabric a few times now and we return to Corsica Studios in Dec and hit Village Underground too (early 2016) but a lot of the focus has moved to nights abroad as London can get a bit cluttered with Techno parties these days so it’s difficult to find dates when you’re not competing with at least 2 other headliner-heavy events. This past Friday Machine is took over Loft in Barcelona with myself and the wonderful Sandrien representing.

We enjoyed your own interviewing skills when you recently grilled Rod ahead of Kabuki at Dance Tunnel. What do you enjoy most when playing B2Bs, what do you learn from your fellow DJs and are there any more Kabuki plans you know of?

I’ve always enjoyed the occasional spontaneous b2b session – say if you’re on tour or the party goes long or you’re too drunk to say no 😉 Recently I’m getting into all night b2bs with DJs I respect and who have a reputation for playing across the House and Techno divide. I’ve never really been an all night, long set kinda DJ, so I’m learning a lot from other DJs about pacing etc and that’s helping my solo sets too.

Last year Truncate and myself did a last minute, mid-week, free entry, all night b2b set at Dalston Superstore and it was so much fun that I wanted to do it again asap, so Kabuki was born, although now at their excellent and slightly larger sister venue, Dance Tunnel.

So far there’s only been the one event with ROD but it was amazing, 2 tracks a piece all night and taking it from Dub Techno and Raw House up to the toughest Rob Hood tracks and back, the chemistry was great and we fed off each other really well, I’ve got a tendency to go heavier and he tends to go trippy or hypnotic, so the balance was perfect and a wicked night was had all by all.
Next year I want to do a few more and have a couple of dates pencilled in already with some of my favourite names.

Whilst we’re on the subject of B2Bs, you and DVS1 have taken it to another level of late! This isn’t just your standard B2B as you both play on 3 or 4 decks. How do you guys work this, what are the logistics and did you have to put in a lot practice to get it right?

We’ve only done it a couple of times and at present, there’s nothing else scheduled but it did get a lot of hype. We didn’t exactly chose the smallest events to do it at (awakenings and bloc), so that got us plenty of attention 😉

It’s a different kind of beast to the standard b2b – it’s a lot more technical and you need to be 100% focused throughout (far more than just playing alone) and you obviously need to trust the other DJs ability to not just keep in time but not to lose the groove or get self indulgent either. We had one practice session prior to our first set and it was pretty clear from a couple of minutes in that we’d be fine. I guess if you’re used to thinking beyond 2 turntable mixing then adding a few more but having someone you have confidence in technically to control them isn’t a massive step, you just need to remember to leave room for each other and take it in turns to lead – slave and master.

In the end we settled for 3 CDJs each and 3 mixers (1 each, 1 master) and that worked great. Admittedly it was fucking intense in places but it was a lot of fun and very rewarding to do something different and out of the comfort zone, hopefully we can both find time to squeeze in another one soon.

You’ve been involved in running at least 9 (!) record labels, and in 2014 after a monumental 17 years, you finally put Theory to bed. We’re happy to see that the Machine label has since grown from your clubnight. – would you say you’re a man that just can’t say no to the challenge of running a record label?

Theory was such a huge part of my ‘career’ but it basically started as an extension of record collecting rather than waiting around for that perfect club EP that ticks all the boxes and you can play every track from.

Instead, you create your own, compile it with music from artists you’re into or try to make it yourself.

Then, a different project comes along which doesn’t quite fit so you create a new label or series and so on. Fast forward 17 years later and I’ve been involved in probably at least 15 labels and projects and show no sign of stopping (much like my record collecting which inspired it in the first place) but I am trying to make a concerted effort to do more music myself, release it on other labels I’m into and not be so insular plus do more small, labour-of-love projects like Essex Rascals or Retro-Vert that are just fun and almost anti-business minded.

At the end of the day, the labels are essentially for me, my collection and my sets, so it’s likely that I’m the most excited one about starting a new one anyway, I doubt very much that many record shops, after all the years and various projects are jumping up and down in anticipation of another fucking Ben Sims label, ha ha.

In your Machine Love interview from 2011, you talk about working with engineer Paul Mac and that the results were better when you worked with someone more clued up on technology. Do you still work with an engineer, or have the past 4 years seen you work more independently?

Yeah, I still work with Paul, rarely all day or long sessions these days though. More just to get feedback on overall sound after I’ve done solo sessions or bounce ideas off him when we’re both at the studio and, of course, to help out with new programs or equipment – he’s still my go to guy for that. Paul now spends most of his time doing mastering for various labels and artists (hardgroovemastering.co.uk) so is far more clued-up now than he was even 4 years ago and we currently share my studio so it would be a bit silly for me not to take advantage of that, to be honest.

We were intrigued to listen to your recent Field Maneuvers podcast where you indulged your love of Roots Reggae and compiled a very different style of mix. Across the weekend, you played two sets at FM; one similar to the style of the podcast and one playing the music you’re known for. How did this come about? Did FM approach you or did you suggest it?

The festival has a very open feel, in music and attitude, so the idea came about last year as I’d only gone to play a techno set but ended up staying an extra day to just hang out and heard everything from techno to house, disco to soul. I just really wanted to do an alternative set too this year. Honestly, I can’t totally remember whose idea it was but I know I was keen to do a roots reggae thing as I’d never done publicly before and the 2 recent podcasts I’ve done were very well received. It was great fun.

I tried to do it as authentically as possible by cutting fresh dubplates of exclusives and taking loads of original 70’s 45s, 2 dub sirens and 2 delay units.

Slightly OTT I know but I wanted to do it properly and really enjoyed it, hopefully I get to do it again sometime, especially at FM as its such a wicked, friendly and intimate festival. 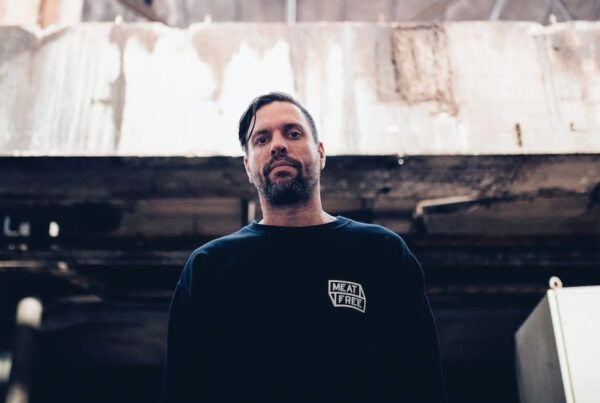 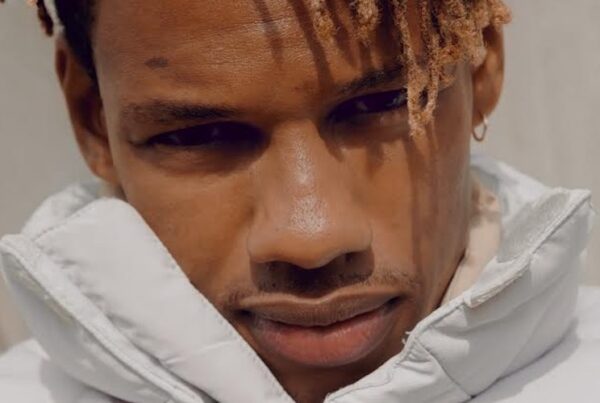 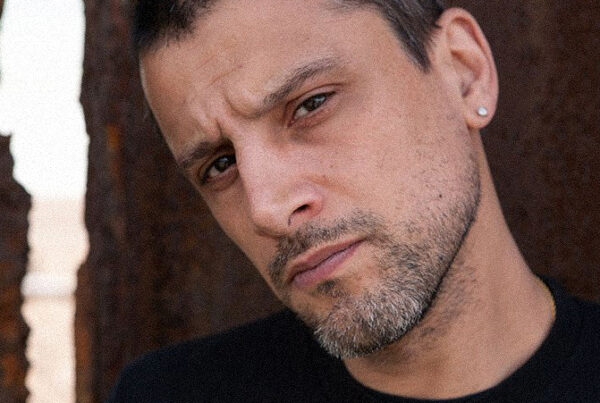