There’s a few things we're particularly interested in - firstly, as a lad hailing from Wolverhampton with a love of Blur (nothing wrong with that!) - how did your musical tastes evolve into techno? Were there any clear inflection points?

It's a long story that involves Tim Westwood and being in a three piece band. I starting off making hip hop, then fell in love with a bunch of different bands due to being out of my comfort zone and being exposed to new sounds at college. Same thing happened at University but with electronic music.

From what I can glean from previous interviews, Keith Dilworth - a studio engineer and youth worker - also made a big impact on you. I’d love to hear about how he influenced your journey?

I don't think I'd be making music if it weren't for Keith aka Spock. He worked at a studio I used to frequent back in Wolverhampton called Sam Sharpe's. The studio is still there, which is pleasantly unexpected. He was just really encouraging. It was vitalising and reaffirming to have an experienced elder around who took what I was doing seriously and was genuinely excited by what I was making. Only retrospectively do I realise how important his skills as a youth worker were to me.

What life changing books have you read?

Existentialism is a Humanism by Sartre and Your Brain's Politics by George Lakoff.

It’s always good to meet other people who are as unsympathetic to the Tories and the brexit rhetoric as we are. You’ve said in a previous interview that ‘it's not the responsibility of the artist to be didactic. No one wants to listen to an artist telling them how to vote’. Within the context of also creating tracks like ‘London isn’t England’, do you feel like your position as an artist gives you more of a responsibility to be a voice for those around you, or a power to influence those around you?

I think it's my responsibility to make good music and that's it. I've decided to surround the music with content that represents my political views and general mood while writing. The music is a platform for me to express myself in any way I want, that can be with track titles, videos etc. Voices of resistance are important in London, and if that's how some people consider me I accept that. I realise some people don't want to think when listening. They just want to dance and escape.

It’s really cool watching your live sets with Ewa Justka at Unpolished. Can I ask, how did you cross paths? And what excites you about about working with each other, are there any particular qualities or methods of working that create a symbiosis for you?

We met when I was looking for a place to live about a year after moving to London. I like the fact that the collab enables me to focus purely on drums and percussion. When the workload is distributed you can really hone in on the elements you're working on.

When you hit the studio, do you have any routines, or structure that you set yourself? Are you strict on a time limit for making a track?

I never impose a time limit. The only structure that exists is starting with the kick.

What keeps you motivated making music?

A curiosity for sound and the fact that nothing ever seems to work twice! The energy of people on the dancefloor is a huge motivator.

I wanted to get your thoughts generally on where you feel the music industry and people’s consumption of music is moving - feel free to comment on anything from technology (streaming, illegal downloads, easier access to DAWs), law changes, cultural shifts, the eruption of festivals.. are just some of the concepts flying round my head at least. The floor is yours!

Me and a friend were talking recently about how clubbing in the UK feels like an act of resistance. Establishing new clubs and venues doesn't seem to be viewed as entrepreneurial here as it is in parts of Europe. It seems to be viewed as more of a nuisance. Having said that, it's good to see new venues popping up in London and independent spots gaining more recognition. In terms of people's consumption of music, attention spans are decreasing which is unfortunate, which is why I think it's more important that ever for artists to create their own universe. A good album is a great example of something that invites the listener in and immerses them in a concept or setting. I hope that never goes away.

To state the obvious everything's more accessible now. But, with that accessibility comes responsibility. The studio isn't a distant place full of offline machines anymore, so it's down to the individual not to concede to distractions. We're using the same machines we make music on to send emails, chat to friends, and to view whatever graphic content you're in to. Also, accessibility is a good thing but it doesn't necessarily lead to meritocracy.

Your album ‘The Residue’ landed in 2018 to high acclaim (I particular dig the track Paroxysm, love it!) After achieving such a big landmark, what’s next for you?

The enemy of the existentialist is stagnation. I'm always thinking about what's next. My next EP is coming out in April on a strong label run by two friends. There are a lot of remixes coming out this year too. At the moment, and pretty much always, I'm just thinking about how to improve on what I can already do and be a better producer, engineer and DJ.

Finally, speaking as an artist who has achieved great things, and working with some of the best in the scene, what advice would you give to artists starting their journeys, trying to carve their sound?

Have some patience. I come across a lot of amazing producers who are overly keen to get their music out. I can't blame them. I know the feeling. Due to social media playing such a huge role in self-promotion the allure to get your music out quickly is even greater. It was Guy Andrews who told me back in 2013 that there's no need to rush. I took his advice, locked myself away for 3/4 months and studied. That resulted in two EPs on Black Sun Records which kick started my techno carer. Think about what you really want to communicate to your audience and what you want to release in to the world to represent you. You have to take some time to find your voice.

And, as we always ask, what can we expect from you when you descend in Manchester at the White Hotel? 😀

I'm excited to play for you guys. Your recent line ups have been great. Due to the Rinse FM residency I've been digging a bit deeper than usual, so I have some gems, old and new to duppy the dance. 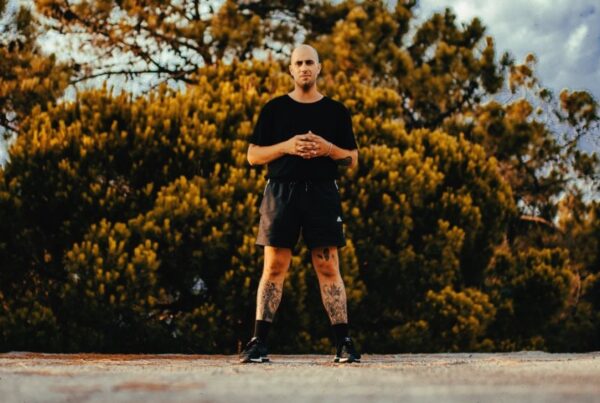 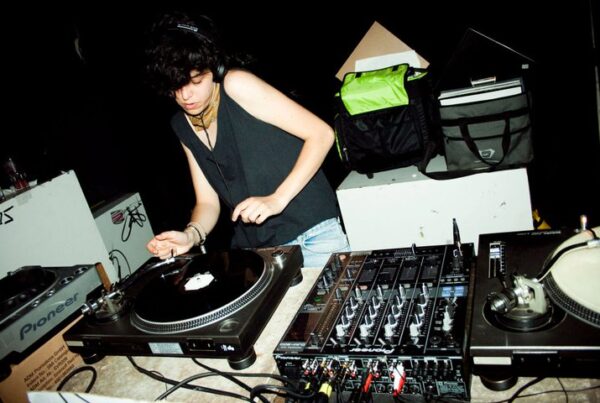