Hit enter to search or ESC to close
BlogNews

“Last week, figures were released showing that half the nation’s nightclubs had shut in the last decade. Clubbing in Manchester – and the rest of the country – has officially become a thing of the past.”

Despite the lack of question mark and the statement that precedes it (Why nightclubs in Manchester are dead), we’ll still take this as a question. And the answer is no. Figures were released by The Association of Licensed Multiple Retailers (ALMR), suggesting that the number of clubs in the UK has decreased by almost half in the past 10 years – we can’t argue with that fact, and there was actually a very well-balanced investigative report by BBC Newsbeat on the subject, but to suggest that ‘clubbing’ is dead and especially in a city like Manchester well, that’s just blasphemy.

I, amongst many others it would seem, read yesterday’s ‘article’ from those who proclaim to love Manchester with horror. Not only at the embarrassingly obvious plagiarism of Radhika Sanghani’s recent article for The Telegraph but at the apparent sheer lack of knowledge of anything happening in Manchester’s thriving clubbing scene.

“Have we lost interest in dancing? Are they too expensive? You can also blame festivals, student tuition fees, the smoking ban, the hipster movement and generation Instagram – even selfies.”  The author asks.

Yes, things are more expensive now and people have less money. Yes, there are a lot more festivals than before. Correct, you can no longer smoke inside a club (you need to go the whole way outside now) and selfies? No comment. However, the day Manchester loses interest in dancing is the day hell freezes over. Only this week Tony Wilson’s name echoed through the streets once again. Which is ironic because those halcyon Hacienda days seem to be what today’s scene is being measured against – cue moody stock images of the Hacienda.

“Also, keep your eye on Albert Hall for the occasional throw back club night – for New Year’s Eve especially.”

Says it all really, there’s always a place for reminiscing but to grow we need to think forward. Wasn’t the Hacienda even empty for the first few years? I wasn’t there and I can’t imagine for a second being there in the middle of the house and acid explosion – knowing that you were on the edge of something huge that was happening across the world. But today isn’t that time, it never will be. It’s something different and it’s something great.

I can’t speak for everyone but I’d be surprised if many didn’t thank the Hacienda; Gretton and Wilson, Pickering and Park, for what they did. Without them we wouldn’t be here today. Here raving in Manchester every weekend. Back to the facts, ‘clubs’ have closed but that doesn’t mean that clubbing’s dead. We’re in a new era now and people want something new, as is the same in every industry across the board. As promoters of course we need to innovate, but the appetite is there for it.

“This younger generation are a bit apathetic – they just take what they’re given.” Do they? Because if they did, clubs surely wouldn’t be closing down. This isn’t an advertorial for Meat Free, the night I promote and DJ at, but when we started the scene was saturated (not dying) and to succeed we needed to offer something different to appeal the completely non-apathetic younger generation. Which is how our Pay What You Want parties were born, that’s where clubbers choose the price they pay on the door. But it’s not just us. This author has clearly never crammed themselves into one of Zutekh’s Sunday courtyards, never tried to get a last-minute ticket for a Love Dose or Selective Hearing warehouse party or sweated the night away in the Soup Kitchen basement and must be living under a rock if they’ve missed the tens of thousands of people descending upon Manchester for the Warehouse Project each winter.

To return to the only ‘fact’ we know, The Association of Licensed Multiple Retailers has told us that in 2015 there are 1,733 clubs and in 2005 there were 3,144. That doesn’t make for good reading, but it comes from a period where the entire country saw a double-dip recession. And it’s a statistic in isolation. How many greengrocers have closed since 2005? Does that mean eating is dead? The term ‘clubbing’ itself is subjective and it may not look like it did 20/30 years ago, but in Manchester certainly it’s not going anywhere.

It seems strange that the author cites, “The influx of new bars and alternative warehouses venues” as a reason to hammer the final nail in the coffin of Manchester’s clubbing scene – as only this year two incredible new venues have opened; Mantra Live and Hidden. The second of which has a capacity of 650 and like many other great spaces in the city such as Soup Kitchen and Joshua Brooks are booked up well into 2016. So perhaps, dear author, ‘nightclubs’ are dying but clubbing and music will never die in Manchester. It might be time for you to step outside. 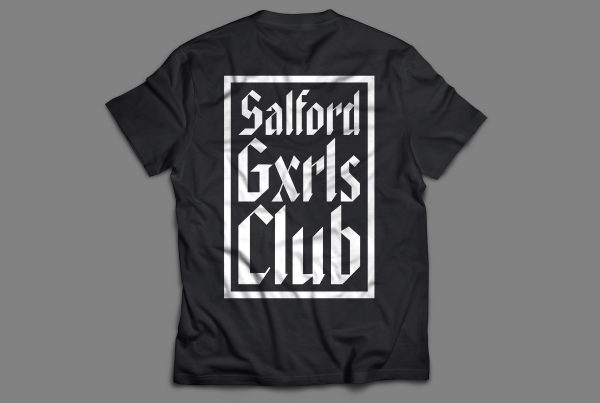